On the Importance of Contacting Your SBIR Topic Author

So you gotta ask yourself: Why do so few people in the United States pursue STEM careers? I’ll get into some of my thoughts on what’s going wrong and how that relates to scientific funding opportunities, but first let’s get a grasp on just how bad this problem is.

The dwindling pool of  STEM-educated workers has ebbed so low that it has become a critical national security issue. The Office of Naval Research (ONR) has compiled a page of unnerving statistics. Among the highlights (um… “lowlights”?):

So… you put all that together, and you have the makings of what can modestly be called a looming disaster (or, more colorfully “The Gathering Storm“, as it was termed in a 2007 report co-authored by National Academy of Science, National Academy of Engineering, and Institute of Medicine). Furthermore things are actually even more dire at the trade-school and Associate Degree levels. As Mike Mandina, president of Optimax Systems, Inc., has told me on more than one occasion, his most prized employees are his technicians, and he doesn’t have enough of them. Sam Sadoulet (whom I saw on the same panel as Koliopolis) cited a similar problem at Edmund Optics, stating that “Manufacturing isn’t sexy.”

The “… isn’t sexy” thing is the root of the problem. Tech jobs pay well, they’re intellectually stimulating, they offer a lot of professional autonomy, and (as we covered in the first paragraph) they’re considerably more secure than other industries. From a rational perspective, tech jobs are an obvious career choice.

The problem is that humans are not nearly as rational as we might like to think. In fact recent studies in neurobiology have shown that the prime motivator for people is status, as opposed to salary or promotion. (David Rock, who is sort of the guru of the “neuroleadership” movement, has a nice review paper here.) Simply put, if a given career is not going to earn a person respect from their family and peers, then that person will probably not pursue that career, even if it has other very tangible benefits.

We’ve got to change that.

Which brings us to some funding initiatives. The National Science Foundation (NSF) has long been an advocate of improving STEM education in the U.S. For anyone with clever ideas to encourage more students to enter and stick with STEM degree programs, a quick search for “STEM” on NSF’s funding website will return hundreds of active requests for proposals.

What intrigues me now, though, is the Navy’s fairly recent “STEM2Stern” program. I first heard about the program from Tracy Frost, the SBIR program manager for the Office of Naval Research. She is encouraging SBIR researchers to attend the upcoming Naval STEM Forum in June. Creating links between the SBIR and STEM programs is brilliant. (We’ve already established that I’m a fan of the SBIR program.) Small businesses are among the first affected by the lack of trained STEM personnel… sort of the “canaries in the coal mine”… so the Navy’s active solicitation of new STEM program ideas from the SBIR community shows a remarkable prescience. I’m encouraging my colleagues and clients to attend the forum, as it seems like a prime opportunity to get in on the ground floor of a new program with long-term regional and national benefits. I’m really eager to hear what people get out of it. 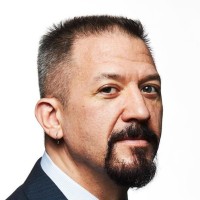